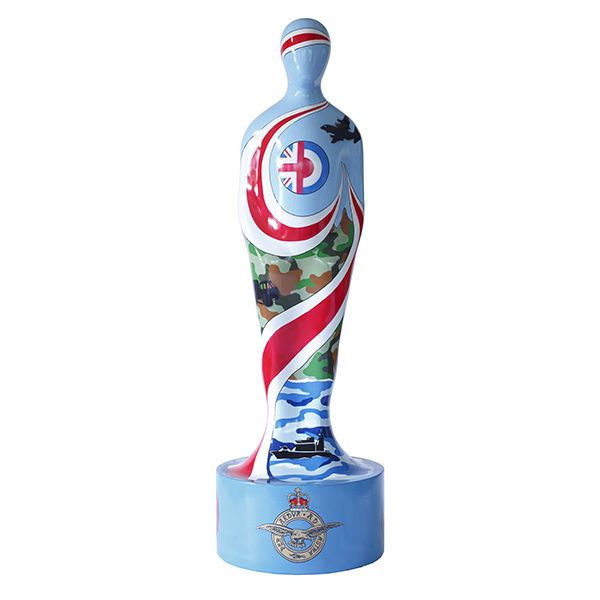 Forces Unite honours the perhaps un-noticed work of Military personnel as key workers during the pandemic. They have provided key work in many forms and this design honours the men and women of the Royal Army, Navy and Air Force for their part.

Mik Richardson is a Norfolk-based artist who has run his own art business since leaving the RAF in 2006. As well as producing over 400 murals, privately, in the community and in schools, he has also been involved in many of the public art trails across the country. He has, to date, painted 80 Wild in Art sculptures which have raised over £300,000 for the charities involved. Specialising with the airbrush, he also runs graffiti, spray art t-shirt parties and workshops.

Barratt Developments is committed to leaving a positive legacy and, through its new Barratt Foundation, works with charity partners to build great places and strong, sustainable communities. This is why Barratt is supporting the Gratitude campaign; we want to say thank you to the amazing NHS and all key workers who have given so much in the fight against coronavirus.

This Is Gratitude Art Trail